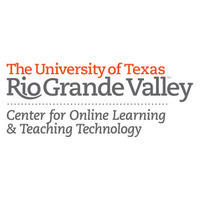 The purpose of the Online Course Delivery session is to provide faculty with the support needed to facilitate and deliver an online course. During the session, we will explore different types of presence we can create and practical tips for applying them to our online courses.

My name is Robert Michael Magee; people call me Mike. I am a full-time Lecturer in Criminal Justice at the University of Texas Rio Grande Valley in Edinburg, Texas. Prior to joining the UTRGV faculty in 2017 I was part-time Adjunct Faculty at the University of Phoenix and Ashford University for seven years teaching Criminal Justice and Political Science online.
I am currently a candidate for a Ph.D. in Criminal Justice at Walden University with an emphasis in Online Teaching in Higher Education. I have a Master of Public Administration degree with a Graduate Specialization in Alternative Dispute Resolution from National University, San Diego, California. I have completed the non-degree graduate programs Leadership in a Democratic Society at the U.S. Federal Executive Institute in Charlottesville, Virginia, the Executive Potential Program at The Graduate School USA in Washington, DC, and the Executive Education Program at the MIT Sloan School of Management in Cambridge, Massachusetts. I have completed additional graduate studies in Criminal Justice at Sam Houston State University and Law studies at the Western Sierra Law School. I have Bachelor of Science degree in Liberal Arts from the State University of New York, Regents College and an Associate of Science degree in Biology from Grossmont College, El Cajon, California. I am also a graduate of the San Diego County Sheriff’s Academy, the United States Border Patrol Academy, other advanced courses at the Federal Law Enforcement Training Centers in Brunswick, Georgia and Artesia, New Mexico, and advanced management courses at the Federal Leadership Development Centers in Denver, Colorado and Dallas, Texas.
I was a criminal justice practitioner in local government, the federal government and as a government contractor for thirty years. During my career, I served as a national labor Union President, representing 15,000 federal employees stationed in every state and throughout the world. I was the Immigration and Customs Enforcement (ICE) Deputy Field Office Director in San Diego, California and the Chief of the National Criminal Alien Program at ICE Headquarters in Washington, DC where I managed 1,300 employees and a $138 million annual budget. In south Texas, I served as the Vice President of LCS Corrections Services, a midsized private corrections company. I have been appointed to serve on city, county, congressional, and college advisory commissions, boards, and committees. I have presented numerous workshops at national conferences, been interviewed in the national media, and testified before U. S. Congressional Committees and the Congressional House Hispanic Forum.

You're not going yet!